Here’s a Shure microphone package that’s right for you, if you like the big-headed microphones of the 50s, but want the quality sound of today. The set includes a Shure 55SH microphone, as well as a classic-looking Musician’s Gear round base die-cast metal mic stand and a 20′ XLR mic cable.

The Shure 55SH Series II microphone has a cardioid (unidirectional) polar pickup pattern that minimizes sound pickup from the rear of the microphone. This allows the Model 55SH Series II to be used in close proximity to loudspeakers without creating feedback problems, and it can perform under adverse acoustic conditions where omnidirectional microphones cannot.

The Shure 55SH Series II has a low-impedance balanced output designed for connection to microphone inputs rated at 75 to 300 ohms. The microphone features a cartridge shock mount to reduce stand noise, an On/Off switch, and an attached, self-tensioning, 5/8″-27 thread swivel mount. This microphone is ideal for public address or theater-stage sound systems, as well as for broadcasting, recording, and other sound applications where a stand-mounted microphone with a classic look is desirable.

Gear One XLR Microphone Cable
For serious-minded musicians, Gear One’s XLR cables have the strength and durability to withstand more than everyday use. Since your cable is your sound, this XLR mic cable’s superior wiring allows your signal to be quiet, eliminating frustrating hums, buzzing, and crackles.

Musician’s Gear Round Base Mic Stand
Round base microphone stand equipped with a thread adapter, metal clutch, and die-cast iron base. Height-adjusts from 2.8′ to 5.1′.

Musician’s Gear Round Base Mic Stand 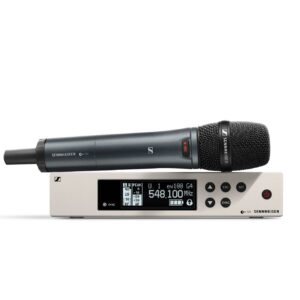 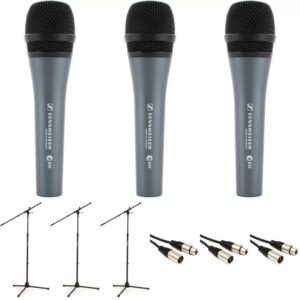 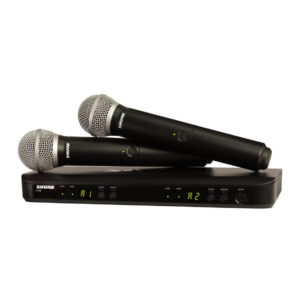 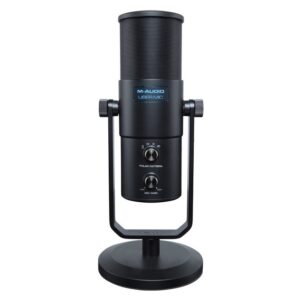 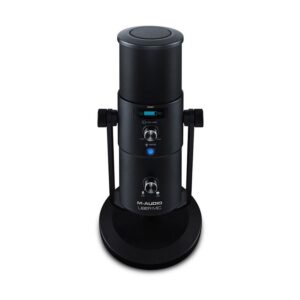 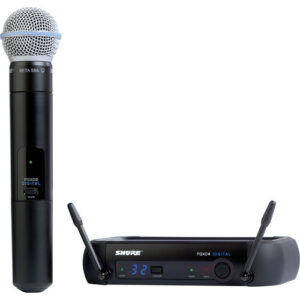